No products in the cart.

No products in the cart.

$39.95 plus $6 flat rate shipping (no sales tax unless you are in the state of Michigan). Shipping is not “built in” to the price of the box because we want to maximize the items you receive in each package, not use some of that cost to cover shipping. In fact, shipping actually costs more than you pay, but we absorb the rest.

Where do you ship?
We currently ship to the United States only.
What comes in the Black Girl MATHgic Box?

Every month, each box includes:

Math is a life skill and is all around us. Math helps us with everyday things like shopping, finances, cooking and problem-solving. On top of that, having a solid math foundation can open doors that lead to many exciting, lucrative opportunities.

Furthermore, math is the foundation of STEM. STEM is a term that stands for Science, Technology, Engineering and Mathematics. According to the National Science Foundation, to succeed in our new information-based and highly technological society, students need to develop their capabilities in STEM to levels much beyond what was considered acceptable in the past. This is impossible to do without math. Math is considered the ‘gatekeeper’ to STEM because it is naturally present in ALL STEM subjects (think Physics, Chemistry, Biology, Engineering, etc.). Therefore, building math confidence in children from an early age is a must. W With salaries in STEM careers starting at $62,000, having a solid foundation in math can set up our kids up for a financially stable adulthood. Even if they are not interested in pursuing a STEM major or career, we all need reasonably good math skills to move through life and be productive members of society.

Why girls? Boys need this, too.

Decades of research show that girls underrate their abilities on tasks and careers that are culturally considered male, of which math is included. The gender gap in math and science isn’t going away. Women remain less likely to enroll in math-heavy fields of study and pursue math-heavy careers. This pattern persists despite major studies finding no meaningful differences in mathematics performance among girls and boys.

Among U.S. students who score the same on math achievement tests, girls are less confident in their math ability than boys are. That confidence predicts who goes on to major in math-heavy fields like engineering and computer science. The gender gap varies across STEM fields – science, technology, engineering and math. Yet, women remain underrepresented in high-earning and high-demand fields that require the most math skills, such as engineering and physics. (Source)

Knowing this, we wanted to create an experience that helps build our girls’ math confidence and shows them that math is just as much for them as it is for boys.

We are actively working on a boy box, but we knew with this glaring data (and from our own experiences working with girls), that we had to get the girls going first. We believe that when we solve for those who have historically been overlooked, underrepresented or left behind, everyone wins.

Is the Black Girl MATHgic box only for black girls?

No, the Black Girl MATHgic Box is not only for black girls. Girls of all racial and ethnic backgrounds benefit from the math skill and confidence-building our box offers. The company title and box imagery are curated for black girls because of the unique circumstances they face as a doubly marginalized group and their large underrepresentation/underestimation in STEM fields. But the exciting thing about the box is that ALL girls of all backgrounds enjoy and benefit from the math confidence boost it provides while learning more about black history (which is American history) every single month, which benefits us all! #WinWin

Where else can I find research, studies, and articles around math anxiety, and the gender and/or racial gaps that exist within STEM/mathematics?

There is a lot of research on these topics, with more being published regularly. Here are a few of our recommendations:

Do I have to be good at math in order to help my girl with her BGM Box?

Not at all! Each month, we include a Caring Adult Guide card with tips to help you help your girl maximize her box experience. The Black Girl MATHgic Box is a great bonding activity for you and your girl.

What age range does the Black Girl MATHgic Box serve?
We are more focused on where your girl is in her math journey more than her age. The BGM Box is designed to reinforce the foundation of math, so the lessons and activities are for those on a 3rd-8th grade math skill level. We have two options:a 3rd-5th grade math level box and a 6th-8th grade math skill level box. For example, if you have a 14-year old girl who is in the 9th grade, but on a 6th grade math skill level, she will benefit from the box.
I have more than one child; do I need a box for each child?
We suggest ordering one box per child as the box is designed for each child to complete individual activities and receive supporting items. It is also important to note, if the children are on different math grade levels, they may require a different math level box depending on their current math abilities. We do encourage girls to interact with one another while working through their own BGM boxes. We do encourage kids to interact with one another while working through their own BGM boxes!

When will I receive my box?
Boxes ship between the 8th and 13th of the month. (If you join us after the 20th of the current month, your first box ships next month)
I received my box and I have a missing item. What do I do?
We sincerely apologize for sending out a box without an item. Because we have many boxes to pack every month, there’s always the chance we miss an item by accident. Please let us know if you’re missing an item by sending us an email at support@blackgirlmathgic.com and we’ll get you taken care of!
What if my girl already has or doesn’t like an item that comes in one of the boxes?

We understand receiving duplicates or something she doesn’t like can be frustrating. Unfortunately, because we plan our boxes months ahead of shipping them, we’re unable to control this dilemma. However, what makes our selected items unique are the ways in which we illustrate how they apply to math through the monthly theme and math activity booklet. If she receives an item in our box that she already has or doesn’t like, we suggest having her gift it to a friend – the items we source make great gifts!

When does my credit card get charged? When will I be billed?

Can I skip a month?
Yes, you can! If you need to skip a month, log into your account before the cutoff date (the 20th of the month) and opt to skip that month. You may also skip by sending a note directly to us at support@blackgirlmathgic.com.
What is your refund/return policy?

Because we must order a specific quantity of items for our boxes — most of which are non-returnable — we cannot offer refunds once orders have been placed, or auto-renewals have been processed. Please note cancellations are for future boxes only, and not for the boxes already paid for.

For any T-shirt returns, items will need to be shipped back unworn and undamaged at the customer's expense. Once received, a refund will be processed, less shipping costs.

What if my Black Girl MATHgic box is lost or stolen?

Unfortunately, we cannot accept responsibility for the mail carrier misplacing your package or it being stolen from your porch. That said, we will evaluate replacing the items on a case by case basis. We may be out of certain items. If your package is not properly delivered or is missing, please contact the mail carrier first about locating it. DO NOT FILE A CLAIM. Please email us at support@blackgirlmathgic.com to discuss the next options. If we are not notified within 2 weeks of delivery, we may not be able to replace/help locate the package. We may also require you to pay for new shipping/signature delivery if it is deemed necessary. 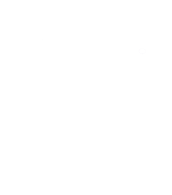